IS and LM curve helps to determine the rate of interest and equilibrium level of income through the equilibrium of money market and goods market. In an open economy, the increase in income level leads to imports of foreign goods rather than spending on domestic products. So, the IS curve in an open economy is steeper.

IS curve in the open economy, represents the goods market, and includes net exports as it is included in aggregate demand in an economy. The determined exchange rate for import and export of goods have an effect in the IS curve.

The intersection of IS and LM curves the rate of interest and income level in the open economy. This relation is illustrated in the figure below: 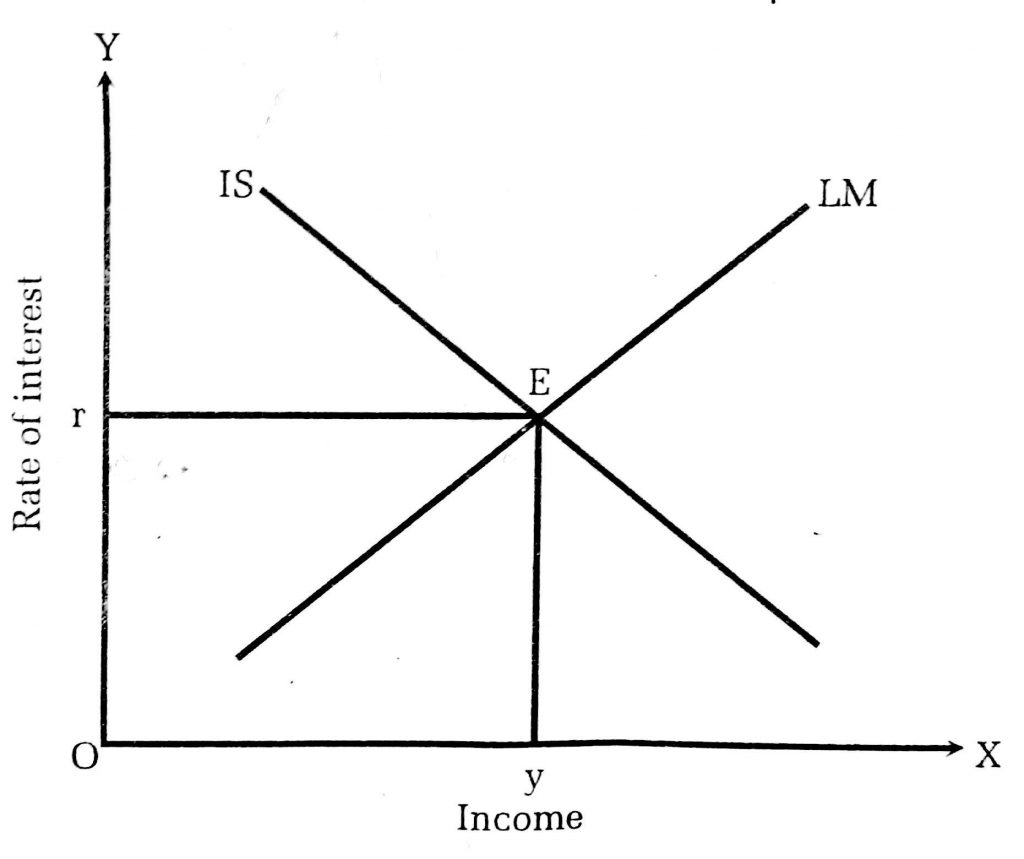 Cite this article as: Shraddha Bajracharya, "Determination of Income through IS and LM curves," in Businesstopia, January 8, 2018, https://www.businesstopia.net/economics/macro/determination-income-is-lm-curves.